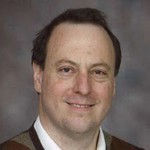 Germain McKenzie is a Peruvian-Canadian theologian and sociologist who earned a Ph.D. in Religion and Culture from the Catholic University of America (Washington, D.C.). His academic interests focus on the intersection of Catholic theology and sociology in both a theoretical and applied manner. In regard to the former, he is currently studying the pre-conditions for a dialogue between theology and the social sciences that would respect the nature and method of each of those disciplines. As per the latter, Dr. McKenzie is studying new evangelization initiatives in Canada through the use of quantitative and qualitative sociological approaches, in the light of secular and post-secular studies.

Dr. McKenzie interests include issues related to moral theology, in particular those belonging to Catholic social ethics as applied to refugees and immigrants into Canada. He has been an activist for Catholic-inspired social change in Latin America and has served poor communities in the shanty towns of Lima, his city of birth, for more than 10 years. In this connection he has published peer-reviewed articles on social ethics: “Medellin: 30 Years After” and “John Paul II’s Reconciliation Proposal for Latin America.”

Dr. McKenzie is also interested in the social dynamics of religious minorities, having done studies on different Buddhist lineages in Peru, and also in Catholic revivalist groups. He is keen of exploring the origin, development and integration into the life of the Church of lay associations and ecclesial movements, as well as in the evolution of the theological understanding of the relationships between the charismatic and institutional dimension of the Church.

He has worked at various Peruvian universities and has also taught at Niagara University, in Lewiston, New York. While conducting his doctoral studies, Dr. McKenzie was awarded by his alma mater with the Hubbard Dissertation Fellowship, and by the Canadian Consortium for the Study of Religion with the Travel Scholarship for Doctoral Students. He also worked as Research Assistant for the Hispanic Ministry Organizational Culture Project, carried out by the Institute for Public Research and Catholic Studies (Washington, D.C.)

He currently lives in Surrey with his wife, Giuliana.